Anytune Pro+: Breaking Down the solo from Back In Black

If you play an instrument and want to put your iPad to some good use, you should check out Anytune Pro+.

The premise is simple:

The software has a ton of other features, such as:

My task for the month is to learn the solo from Back in Black (I have learned to set myself modest goals to avoid disappointment and frustration). As you can see from the attached screenshot, I have already marked out the region containing the solo as well as adding a number of markers that will allow me to easily jump between the various distinct parts.

All that remains is to plug in a guitar and get practising. 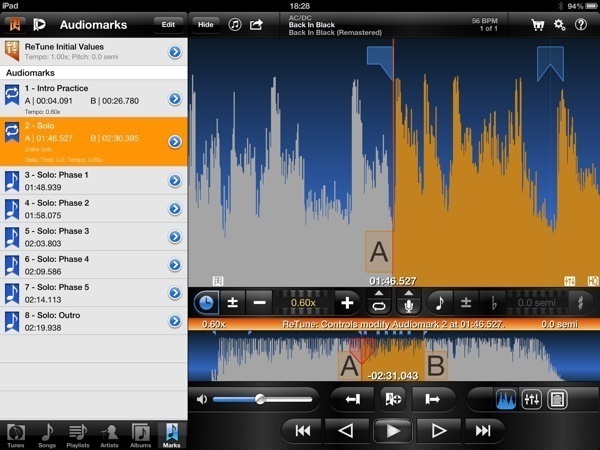